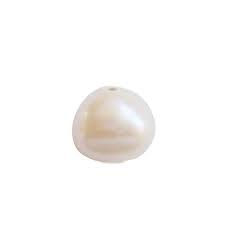 Freshwater pearls are the work of various mussel species and are cultivated in China and Japan. Each mold can produce up to 50 beads at a time! Among them, the Biwa pearl comes from Lake Biwa in Japan.

The Freashwater Pearl in Astrology

The Freashwater Pearl in lithotherapy

Take care for your Freashwater Pearl

Our selection of Freashwater Pearl jewelry

Sorry for the inconvenience.

Search again what you are looking for