Blue and purple transparent fine stone. Also called cordierite or water sapphire.
When transparent and frank or saturated in color, the Iolite has the distinction of showing three colors depending on the viewing angle or direction. It will appear blue-purple to purple-blue in one direction, colorless to light gray in another and light blue or yellow or beige to brown in the third. This is called a pronounced trichroism, typical of the Iolite.

Its name comes from a French geologist P.L.A. Cordier who was the first to study it.
According to Scandinavian legends, the Vikings used very fine pieces of Iolite then called "the magic stone" as the first polarizing filter in the world. By looking through these Iolite lenses, they could determine the position of the sun when the sky was overcast, and thus made their boats navigate safely.

The largest deposits of Iolite are in the gravels in Brazil, in the northwest of Canada, in India, in Madagascar or in Sri Lanka.

The Iolite in astrology

It can be offered to celebrate the 21st wedding anniversary.

The Iolite in lithotherapy

The Iolite has long been known as a gemstone for clarity of vision when worn as an amulet.
The Iolite is said to have the power to guide lost sailors through the glare of the sun which would enable them to find their way home.

Take care of your Iolite

The Iolite can be cleaned with both steam and ultrasound.

Our selection of jewelry in Iolite 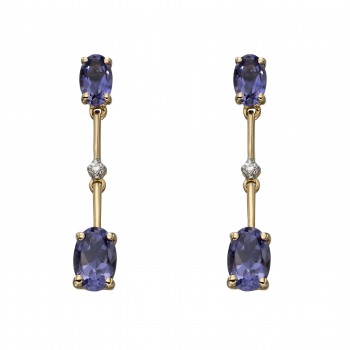 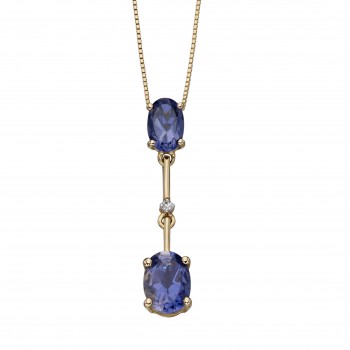